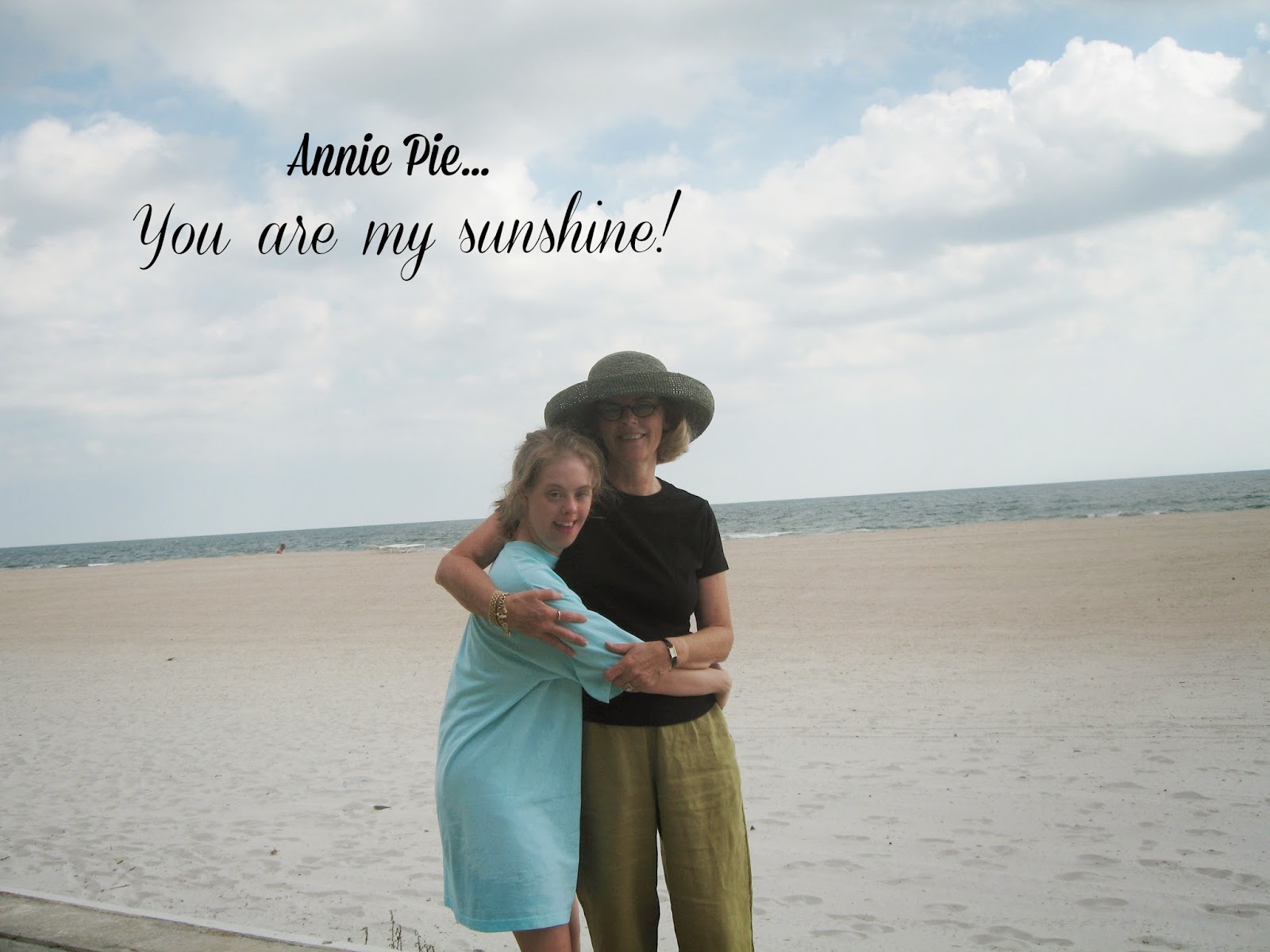 When I was in grammar school, around the third grade, a classmate of mine had a younger brother who had polio. The little guy was in kindergarten and walked with the aid of heavy leather and metal braces. One first Friday, when the whole school was attending Mass, this little boy was walking up the long church aisle when his crutches hit a slick spot on the marble and he fell flat on his face. Without skipping a beat, and within seconds, he maneuvered his braces and was back up and walking down the aisle as if nothing happened. I remember thinking, even at the tender age of eight, this was courage.

Years later, in college, a young woman with cerebral palsy was a freshman when I was a sophomore. Sophomores picked freshman as "little sisters". I picked this young lady.

Somehow, I have always felt these events were some sort of preparation for me...preludes to coming events.

Years ago my mother-in-law gave me a book of Erma Bombeck essays. She wanted me to read the one entitled "The Special Mother". I love the poem...except for the last part about the mirror...I just don't identify with the ending...it just doesn't fit. I know that not all mothers of special needs children can "handle" it. I have known people who placed their children in foster care. I know that for me, after the initial shock, they couldn't pry that little bundle of pink out of my arms. I don't think that makes me special...I think it just makes me a mom. All moms are special to their children!

Mother's Day...it is my favorite day...for the last twenty seven years I have been a full time, stay at home mother. As the years go by, I find myself pacing myself, trying to conserve energy for the future. Some days, I only have enough time and energy to be a mom. Other days, I can do a little stitching or hooking. Lately, I have been working on Mugwump Woolies holiday dolls. I can't seem to fit it all in, so I have been away from the computer. I wanted to come here today to wish you all the very best and happiest Mother's Day!

Most women become mothers by accident, some by choice, a few by social pressures and a couple by habit.
This year nearly 100,000 women will become mothers of handicapped children. Did you ever wonder how mothers of handicapped children are chosen?
Somehow I visualize God hovering over earth selecting his instruments for propagation with great care and deliberation. As He observes, He instructs His angels to make notes in a giant ledger.
"Armstrong, Beth; son. Patron saint...give her Gerard. He's used to profanity."
"Forrest, Marjorie; daughter. Patron saint, Cecelia."
"Rutledge, Carrie; twins. Patron saint, Matthew."
Finally He passes a name to an angel and smiles, "Give her a handicapped child."
The angel is curious. "Why this one God? She's so happy."
"Exactly," smiles God, "Could I give a handicapped child to a mother who does not know laughter? That would be cruel."
"But has she patience?" asks the angel.
"I don't want her to have too much patience or she will drown in a sea of self-pity and despair. Once the shock and resentment wears off, she'll handle it."
"I watched her today. She has that feeling of self and independence that is so rare and so necessary in a mother. You see, the child I'm going to give her has her own world. She has to make her live in her world and that's not going to be easy."
"But, Lord, I don't think she even believes in you." God smiles, "No matter, I can fix that. This one is perfect - she has just enough selfishness." The angel gasps - "selfishness? is that a virtue?"
God nods. "If she can't separate herself from the child occasionally, she'll never survive. Yes, here is a woman whom I will bless with a child less than perfect. She doesn't realize it yet, but she is to be envied. She will never take for granted a 'spoken word'". She will never consider a "step" ordinary. When her child says 'Momma' for the first time, she will be present at a miracle, and will know it!"
"I will permit her to see clearly the things I see...ignorance, cruelty, prejudice....and allow her to rise above them. She will never be alone. I will be at her side every minute of every day of her life, because she is doing My work as surely as if she is here by My side".
"And what about her Patron saint?" asks the angel, his pen poised in mid-air.
God smiles, "A mirror will suffice."

The first time Annie tied her shoe by herself they called me from school so she could tell me the big news. She was fifteen. I cried happy tears.

Have a wonderful Mother's Day!

Posted by Mugwump Woolies at 11:38 AM