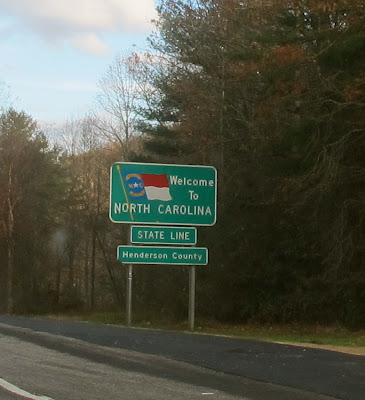 This morning finds the Mugwump Family in beautiful North Carolina. We drove up yesterday. In fact we retraced the route we took last month to Atlanta for a good bit of the trip.

We were amazed at how much the cotton had grown!

I love the state of North Carolina. I spent two of my college years here, and so many memories came back as we passed places on the way...

Did you ever read the book Christy by Catherine Marshall? It became a t.v. series starring Kelly Martin as Christy. It is the story of a young teacher who goes into Appalachia to teach the people of Cutter's Gap.

When I was here going to college, three pals and I...took a road trip to Saluda Mountain to see where Christy lived. We were all big fans of the book, and a friend's aunt lived there. She was gracious enough to house four coeds she had never met for a weekend. Her husband worked at the train station where Christy arrived after leaving her home in Asheville.

We had a ball!  The next day, we met up with one of the actual characters in the book...Red Headed Ruby Mae. Remember that the book was the true story of the author's mother, so the people in the book actually lived. In the book, Ruby is a very young girl...our Ruby was a very elderly woman. We rode up with her to Cutter's Gap as far as we could go in the car, and then she walked us into the Gap. There we saw the old log cabin where she lived as a child...a tumbled down old relic now, but a vivid part of the book. To our utter delight she told us many tales involving all the people of Cutter's Gap...real people that were characters in the book.

This weekend, so long ago, is one of my favorite memories of my life in North Carolina. I still have my old ragged copy of Christy and have reread it many times. 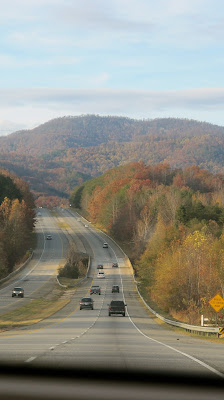 We will be taking some road trips... 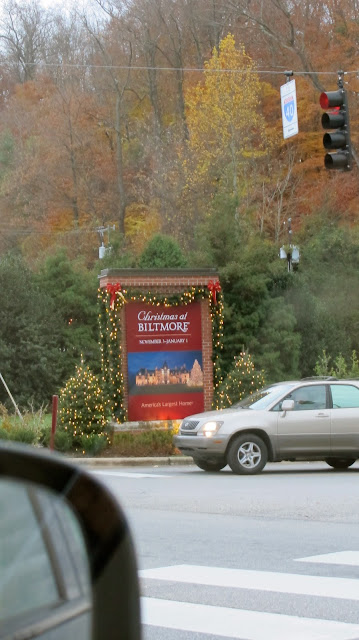 ...and later in the week, we will be going here to see the Vanderbilt Mansion decked out for Christmas. Annie is so excited! Me too!

*Names and places in the book are fictional, but the characters were based on real people, and the
places exist under different names.


Posted by Mugwump Woolies at 8:31 AM