Wearin' of the green 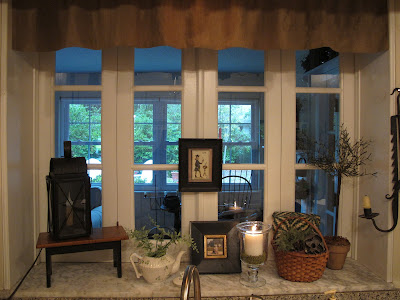 So it's March...and at our house...that means St. Patrick's Day is on the way. My kitchen window is wearing a wee bit of green.
We have a lot of Irish roots in our family. Mr. Mugwump's maternal grandparents both came to America when they were in their twenties. They actually grew up in neighboring villages in Ireland, but did not meet until they were both working in N.Y. city. His grandmother was a maid for the Rockefeller's, and told stories about being given beautiful clothing after the ladies of the house had grown tired of wearing it, and passed it on to the help.
My paternal great grandfather left Ireland as a young boy, after Pennsylvania mining companies sent recruiters to Ireland to bring back men and boys to work the coal mines. At the age of twelve, my great grandfather was what they called a "slate picker". 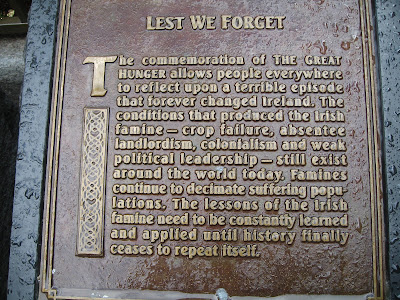 This plaque is part of the Irish Famine Memorial in Boston. 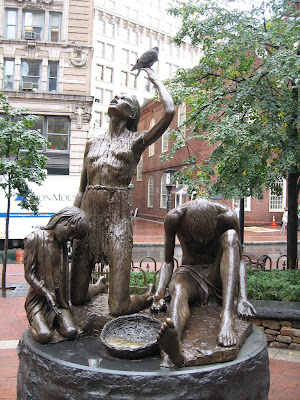 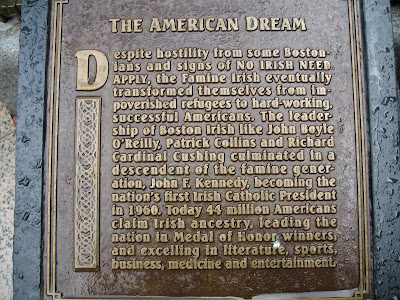 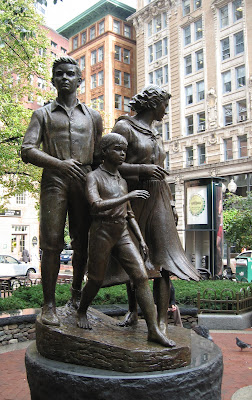 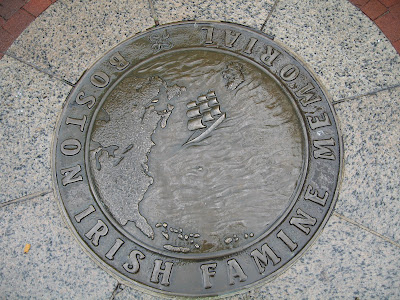 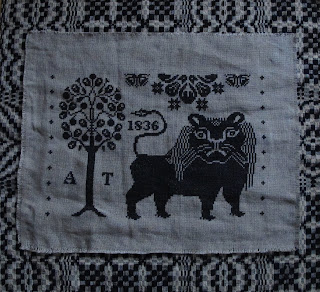 Harry Tyler's Lion***Heartstrings Samplery
Doesn't look like it's coming in like a lion where I am...how about where you are?
Enjoy the day,
Robyn
Posted by Mugwump Woolies at 8:12 AM