...the cold and flu season 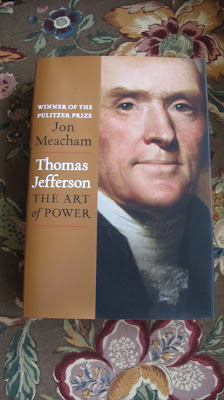 I've been fighting a flu bug for, what seems, a very long time. It hasn't budged and is just bad enough to throw me off my game. I managed to get Christmas back into the recesses of the attic and that's about it. Thankfully, no one else has succumbed.

I have not had the energy to pick up a needle or hook, so I have been keeping company with this Virginia gentleman. So far, it's a great read...but then I am partial to anything about a fellow Virginia born citizen and Mr. Jefferson is one of my favorites. 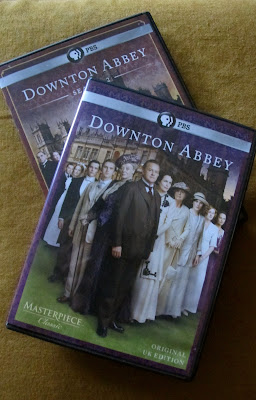 Also caught up with the folks above and below the stairs at Downton Abbey. Can you believe I had never watched it? Managed to find a reasonably priced used copy...both seasons...and was in early twentieth century England glory for hours at a time. I recorded the third season premiere and am now caught up.  I have a rabid schoolgirl crush on Lord Grantham. 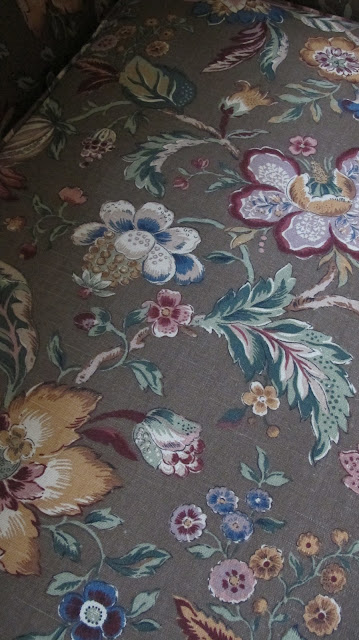 I took the white duck slipcovers off the camelback and wing chairs in the living room and remembered how much I like anything with a Jacobean pattern. This is the linen on the sofa. I will be playing in this room this week...a bit of blue is creeping back into my decor.

I am always at a loss as to how to answer when someone asks a question on this blog. I don't know "where" to answer them...email...blog. I feel bad when I appear to be indifferent so, from now on, if you ask a question, I will reply under your comment...duh.

Barbara asked about my kitchen window....since I love my window I will give you the backstory. When we first moved here the window was a plain house window. The sun room it looks into would have been an outside lanai (screened porch) on the original house plans...but the builder made it a room...closed in with walls and windows just like the rest of the house...so the window in the kitchen was the same window as the other windows. Shortly after we moved in we had French doors installed to replace the original sliding glass doors. The same fellows made a custom folding French window for the kitchen. That window stays closed most of the time. The sunporch is where our tv is and it is so nice to be able to close it off from the rest of the house. 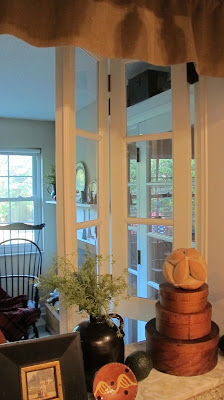 But...it is nice to have the option of opening it up... 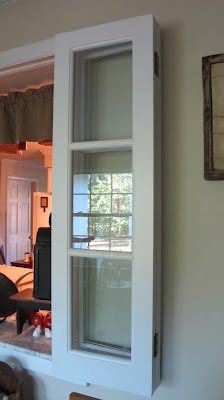 ...and folding it flat against the wall. 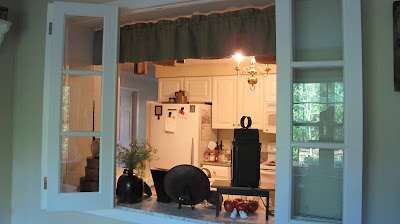 Here's hoping the pics explain it better than my fuzzy flu laden brain was able to...no fair looking at the mess on the counters!

I have been remiss leaving comments, but I have visited you and left with a smile.
Thanks for your visits and lovely comments...welcome to my new followers...I love having you drop by.


Posted by Mugwump Woolies at 9:24 AM